We are happy to say that you can now find our products in 3 great new stores: Meinhardt Fine Foods, Whole Foods Market Park Royal and Lynn Valley Meats. 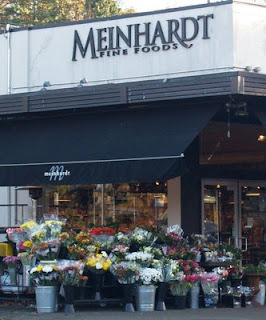 Meinhardt Fine Foods is located at 3002 Granville Street, Vancouver, BC. Find everything that you're looking for and some, in this great store. The shelves display a wide variety of gourmet, organic and other specialty fine foods and now you can find Cazorliva EVOO.

You can now find our products in Lynn Valley Meats, it is located at 1264 Lynn Valley Road, North Vancouver, BC. This is a great place to come for those of you who are looking for a natural choice when it comes to choosing your meats. 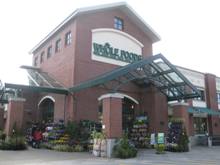 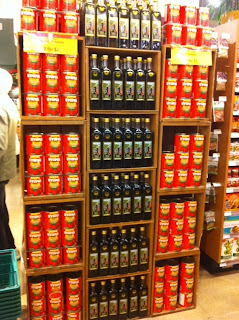 Find our Cazorliva EVOO in Park Royal Whole Foods Market, it is located at 925 Main Street, West Vancouver, BC. This is a large store where you can find a wide variety of great natural and organic fine food products.
Posted by OLIVES AND THINGS at 2:09 p.m. 0 comments 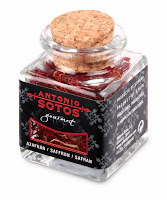 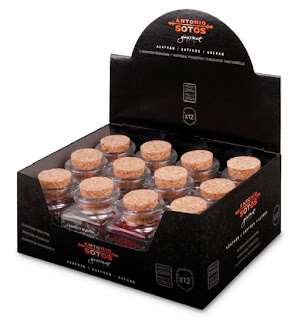 Our brand, Antonio Sotos, presents the world’s most expensive spice: 100 % pure Spanish Saffron in filaments with D.O. La Mancha. The Saffron with D.O. La Mancha is described by experts as the best saffron in the world, grown only in the region of Castilla la Mancha in the areas of Albacete, Toledo, Cuenca and Ciudad Real.

Saffron has endless gastronomic qualities. It has a particular strong and exotic aroma, as well as a slightly bitter taste. It’s great for adding flavour, it is able to transmit deep aromas, but at the same time it is smooth, tender, etc.
It’s a great condiment in Paellas, Risottos, any kind of meat, seafood, fish, pasta, soups, eggs, etc.
The Spanish Saffron with D.O. La Mancha is characterized by its high coloring capacity (it is noteworthy that our Quality Technical Specification requires a minimum colouring capacity of 200 units), strong aroma and its exotic and slightly bitter taste.
To use the Saffron Threads you have to crush the saffron in a mortar and add to the water 10 or 15 minutes before the dish is cooked. (The recommended amount for 4 – 6 servings is 0,15 g )
For more information about D.O. La Mancha, visit: www.doazafrandelamancha.com 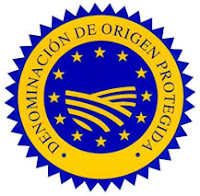 Saffron (Crocus Sativus L.) was introduced in Spain during the Arabic domination in S. VIII. Arabic cooking was very rich in herbaceous flavourings and saffron was the most important.
This spice became part of the  Spanish culture and tradition since then. Saffron has   been used by a long list of countries as an aromatic essence, excellent dye, excellent perfume, for medical prescriptions and even as an aphrodisiac.
Saffron is a bulbous plant that blooms  between one to three lilac-purple colour bulbs (the Saffron rose) during the months of October and November. From the ovary of the flower emerges three yellow stamens and a white filament, the style, which is divided into three red threads or stigmas:  the strands or cloves of saffron.
More than 250.000 flowers are needed to obtain 1 kg of Saffron.
Saffron production is completely artisanal and based on the traditions passed down from generation to generation in La Mancha. Every step is done by hand, from  harvesting that has to be done at dawn, to “la monda” where a group of women get together to take the stigmas by hand, until the toasting, drying and packaging process. The soil and the climate of La Mancha are the main reasons why this Saffron is recognized as the world’s best.
Antonio Sotos, is known as one of the oldest and most experienced companies dealing with Saffron in La Mancha. Shortly after this family business was established in 1912, they became one of the pioneer companies in foreign trade and were recognized worldwide for the quality and reliability of their Saffron. Today, three generations later, the family business still delivers unmatched quality.
Our Saffron has obtained the I.F.S. certification (International Food Standard), the B.R.C. (British Retail  Consortium) and the Certification “La Mancha Saffron” D.O., which guarantees the origin of the product (pure 100% Spanish) and that it has been produced according to the requisites established. 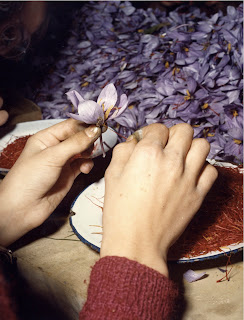 Saffron with D.O. La Mancha, will always be freshly harvested Saffron,
as over the years it loses
quality, and will always be
presented to the consumer
in strands, never ground.

This is, Albacete in Castilla La Mancha, Spain,  where our Saffron is born: 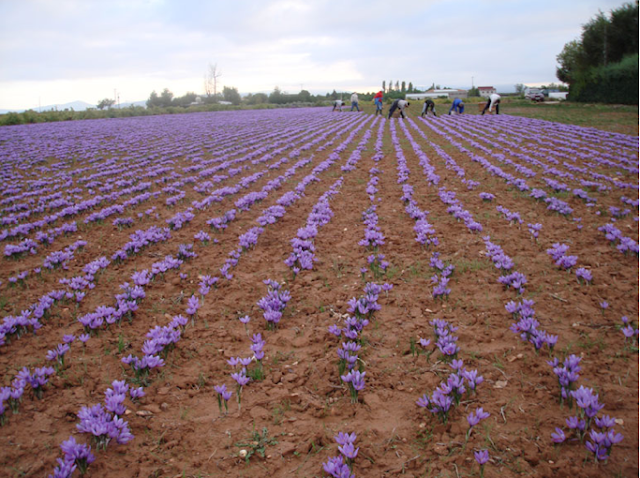 Another new product in our new container of Cazorliva. Most of you have already tasted our family's Spanish EVOO, but we wanted to bring it in a smaller container for those who prefer smaller sizes, a cute 250 mL tin can. Same quality, same variety of olive (Picual) but with a different container! 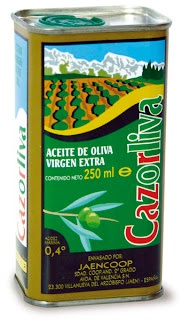