The trade in adulterated olive oil.

“Fraud is so widespread that few growers can make an honest living,” one expert says.

n August 10, 1991, a rusty tanker called the Mazal II docked at the industrial port of Ordu, in Turkey, and pumped twenty-two hundred tons of hazelnut oil into its hold. The ship then embarked on a meandering voyage through the Mediterranean and the North Sea. By September 21st, when the Mazal II reached Barletta, a port in Puglia, in southern Italy, its cargo had become, on the ship’s official documents, Greek olive oil. It slipped through customs, possibly with the connivance of an official, was piped into tanker trucks, and was delivered to the refinery of Riolio, an Italian olive-oil producer based in Barletta. There it was sold—in some instances blended with real olive oil—to Riolio customers.
Between August and November of 1991, the Mazal II and another tanker, the Katerina T., delivered nearly ten thousand tons of Turkish hazelnut oil and Argentinean sunflower-seed oil to Riolio, all identified as Greek olive oil. Riolio’s owner, Domenico Ribatti, grew rich from the bogus oil, assembling substantial real-estate holdings, including a former department store in Bari. He bribed two officials, one with cash, the other with cartons of olive oil, and made trips to Rome, where he stayed at the Grand Hotel, and met with other unscrupulous olive-oil producers from Italy and abroad. As one of Italy’s leading importers of olive oil, Ribatti’s company was a member ofassitol, the country’s powerful olive-oil trade association, and Ribatti had enough clout in Rome to ask a favor—preferential treatment of an associate’s nephew, who was seeking admission to a military officers’ school—of a high-ranking official at the Finance Ministry, a fellow-pugliese.
However, by early 1992 Ribatti and his associates were under investigation by the Guardia di Finanza, the Finance Ministry’s military-police force. One officer, wearing a miniature video camera on his tie, posed as a waiter at a lunch hosted by Ribatti at the Grand Hotel. Others, eavesdropping on telephone calls among Riolio executives, heard the rustle of bribe money being counted out. During the next two years, the Guardia di Finanza team, working closely with agents of the European Union’s anti-fraud office, pieced together the details of Ribatti’s crime, identifying Swiss bank accounts and Caribbean shell companies that Ribatti had used to buy the ersatz olive oil. The investigators discovered that seed and hazelnut oil had reached Riolio’s refinery by tanker truck and by train, as well as by ship, and they found stocks of hazelnut oil waiting in Rotterdam for delivery to Riolio and other olive-oil companies.
The investigators also discovered where Ribatti’s adulterated oil had gone: to some of the largest producers of Italian olive oil, among them Nestlé, Unilever, Bertolli, and Oleifici Fasanesi, who sold it to consumers as olive oil, and collected about twelve million dollars in E.U. subsidies intended to support the olive-oil industry. (These companies claimed that they had been swindled by Ribatti, and prosecutors were unable to prove complicity on their part.) 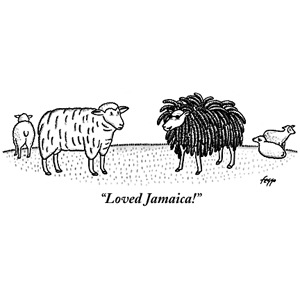 In 1997 and 1998, olive oil was the most adulterated agricultural product in the European Union, prompting the E.U.’s anti-fraud office to establish an olive-oil task force. (“Profits were comparable to cocaine trafficking, with none of the risks,” one investigator told me.) The E.U. also began phasing out subsidies for olive-oil producers and bottlers, in an effort to reduce crime, and after a few years it disbanded the task force. Yet fraud remains a major international problem: olive oil is far more valuable than most other vegetable oils, but it is costly and time-consuming to produce—and surprisingly easy to doctor. Adulteration is especially common in Italy, the world’s leading importer, consumer, and exporter of olive oil. (For the past ten years, Spain has produced more oil than Italy, but much of it is shipped to Italy for packaging and is sold, legally, as Italian oil.) “The vast majority of frauds uncovered in the food-and-beverage sector involve this product,” Colonel Leopoldo Maria De Filippi, the commander for the northern half of Italy of the N.A.S. Carabinieri, an anti-adulteration group run under the auspices of the Ministry of Health, told me.
In Puglia, which produces about forty per cent of Italy’s olives, growers have been in a near-constant state of crisis for more than a decade. “Thousands of olive-oil producers are victims of this ‘drugged’ market,” Antonio Barile, the president of the Puglia chapter of a major farmers’ union, told me, referring to illegal importations of seed oils and cheap olive oil from outside the E.U., which undercut local farmers. Instead of supporting small growers who make distinctive, premium oils, the Italian government has consistently encouraged quan-tity over quality, to the benefit of large companies that sell bulk oil. It has not implemented a national plan for oil production, has employed a byzantine system for distributing agricultural subsidies, and has often failed to enforce Italian laws and E.U. regulations intended to prevent fraud. The government has been so lax in pursuing some oil crimes that it can seem complicit. In 2000, the European Court of Auditors reported that Italy was responsible for eighty-seven per cent of misappropriated E.U. subsidies to olive-oil bottlers in the preceding fifteen years, and that the government had recovered only a fraction of the money.
Paolo De Castro, who was appointed Italy’s agriculture minister in 2006, told me that olive-oil fraud has been a problem in the past but that he was taking action to curb it. “In the past few years, we have tightened things up a lot, through our Inspectorate for Quality Control, and through our carabinieri corps,” he said. One problem is that Italian officials charged with detecting adulterated oil can, in theory, be held liable for their actions. “Who’s going to take this responsibility?” asked Lanfranco Conte, a professor of food chemistry at the University of Udine, who in the early nineties was the head of a laboratory belonging to the Agriculture Ministry’s anti-fraud unit. “If you decide to block three thousand tons of oil and it turns out you were wrong, you pay out of your own pocket.” Colonel De Filippi acknowledged that some companies are essentially immune to investigation. “Unfortunately, there are big producers who have strong political ties,” he said.