News: What Makes An Olive Oil Special? by Mark Busse in Foodists.ca


What Makes An Olive Oil Special? 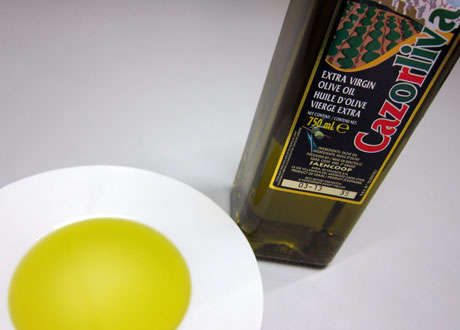 How often does a friend say to you, “Hold on, I want you to try this new brand of olive oil my friend is importing from Spain. It’s quite special, tell me what you think.” Well, that’s exactly what happened to me recently as I was leaving my foodie friends Dawn and Joe’s house.
Apparently Dawn and Joe’s friends Kris and Diana recently started an importer/distribution company call Olives and Things, specializing in 100% natural products from Spain and the Mediterranean. One of their products is a high end, single cold pressed extra virgin olive oil calledCazorliva made from only one particular kind of olive called Picual with only 0.4% acidity.
“You can heat this olive oil past 475 degrees—well past the standard smoke point—high enough you can even fry with it!” exclaimed Dawn. Yeah, sure, I thought, knowing only too well how bitter, burnt olive oil can ruin a dish if you’re not careful. Well, she was right. I’ve used the oil a number of times in a number of different situations, and it’s an excellent cooking oil. 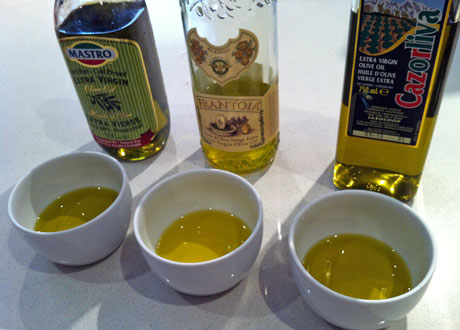 During the recent Butchers of Gastown seafood event, I had a number of Foodists contributors do a tasting against a couple of popular brands. It fared well, with a lovely colour, aroma and flavour. It was unanimously chosen as superior to a popular brand, but its slightly sharp note on the finish made it come second to a more expensive competitor from Italy (that the clerk made sure to remind me would not do well under heat and not to use for cooking). But having cooked with it a number of times, I like this oil more and more each use.
I did a little digging and discovered that Cazorliva is made by a company in Spain called Jaencoop. Located in La Loma, Sierra de las Villas, El Condado and Sierra de Segura in the province of Jaén, they also happen to be the second largest producer of olive oil on the planet! News to me, apparently Spain is the world’s largest producer and exporter of olive oil, with Italy and Greece second and third. Italian olive oil was marketed to the North American market sooner that Spanish oil, even though 1/3 of most Italian olive oil is in fact from Spain!
If you live in or around Vancouver, there are a growing number of locations where you can find Cazorliva so you can try some for yourself.
Posted by OLIVES AND THINGS at 7:01 p.m.